***BEWARE : This game wasn't designed for beign played on smartphones***

Here is a Flappy Bird clone that I made during my free time. It's basically a Flappy Bird game, but it has more stuff to make this game more enjoyable !

You still have to traverse between pipes to earn points, but here, there are more obstacles to avoid such as Pirahna Plants and Bullet Bills. And there are also mushrooms, which helps you out.

Click on the game screen to flap the bird.

Traverse between vertical pipes to earn points. If you touch a pipe, you'll fall and the game is over.

The gap between pipes are wide. But the more points you earn, the narrower the gap would be.

The Bullet Bills pushes you back when you touch them. So be careful not to touch them too much !

If you left the screen to the left side or touch the ground, you'll lose.

The mushrooms allows you to go further. The more you are to the left side of the screen, the more mushrooms they'll appear.

Some Pirahna Plants came out from pipes. If you touch their green vines, you'll lose speed, those pushing you to the left side of the screen. But if you thier their heads, you'll lose. 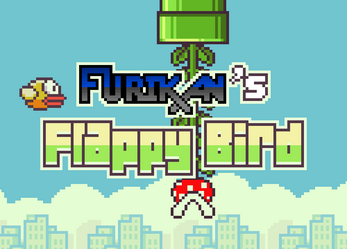